The stock market is experiencing the 2nd largest bubble in US market history, and I would argue it’s the craziest one in history.

That’s not just because individual stocks like Tesla (TSLA) have gone vertical, trading at

Rather, it’s because the S&P 500, is trading at the highest valuations in 19 years.

What does this overvaluation mean for future market returns?

That future returns are likely to be about 50% less than the market’s historical 7% to 9% CAGR. 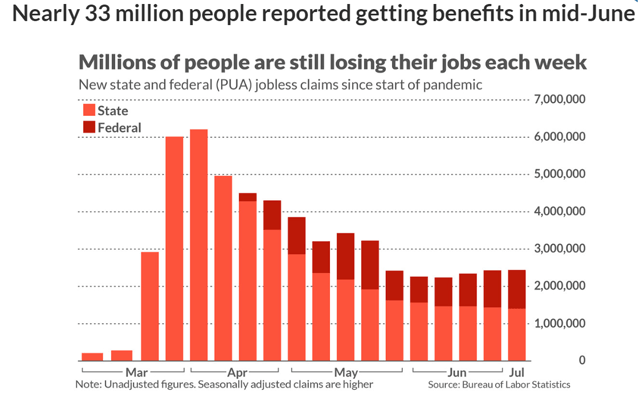 Every week 2.4 million new people are filing for unemployment if you include Federal filings. For two weeks total unemployment claims are rising, not falling. 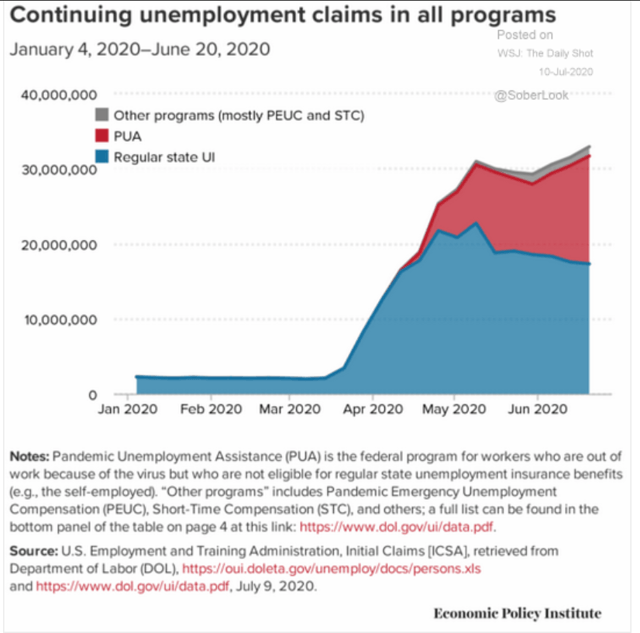 Total unemployment has not been falling, it’s been rising for weeks, and now stands at 32.9 million, the highest absolute number ever recorded.

Actual unemployment today is worse than it was in April.

What’s more, 20% of the pre-pandemic workforce is now out of work and

In a worrisome sign, more than two months after states like Georgia lifted their shelter-in-place orders, layoffs are spreading beyond companies that provide services requiring direct human contact. As disruption from the pandemic lingers, this could mean that the job loss is starting to feed on itself in a classic recessionary spiral, economists said.” – Washington Post

In other words, we are facing the prospect of a Moody’s depression, meaning 12 consecutive months of 10+% unemployment.

If COVID-19 cases continue to surge, the consumers are likely to pull back on spending and they have already started doing in recent weeks. 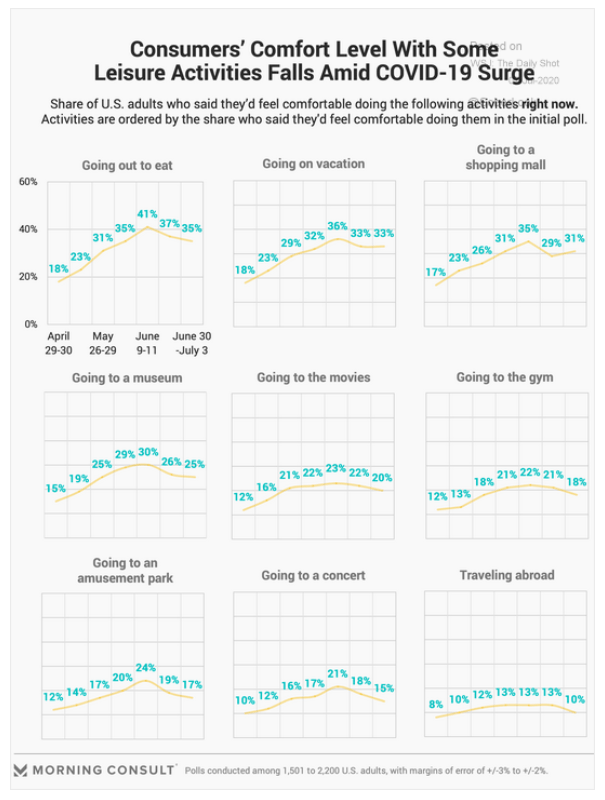 The US recovery, which started out strong, appears to have run out of steam. 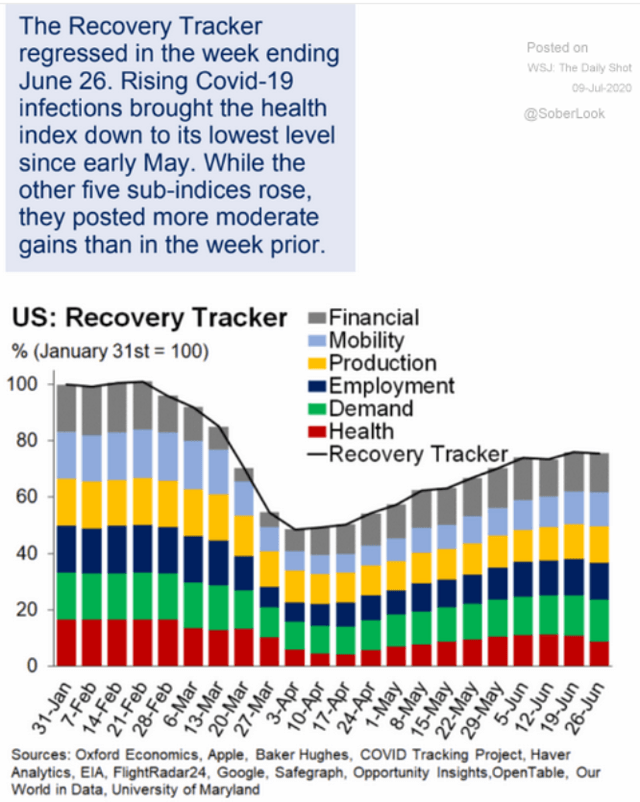 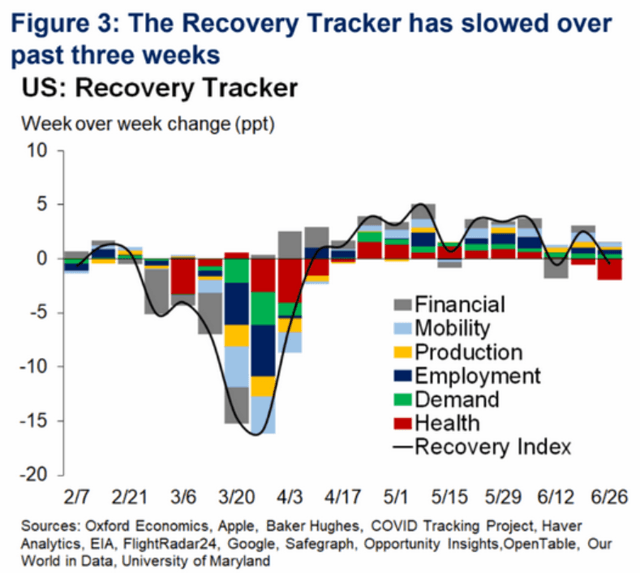 And that data was mostly before the major surge in cases really got underway.

It’s also before the official second wave that’s expected to start in September when schools reopen.

As Moody’s chief economist Mark Zandi noted months ago, a second wave of the virus, even if it doesn’t lead to more lockdowns, could lead to sustained double-digit unemployment, meeting Moody’s definition of a depression.

If we get a second wave, it will be a depression,” the firm’s chief economist told CNBC’s “Trading Nation” on Friday. “We may not shut down again, but certainly it will scare people and spook people and weigh on the economy.” – CNBC

We’re not likely facing a decade long Great Depression, but it does mean the 2nd most overvalued stock market in history is the most disconnected from economic fundamentals in history.

None of this means that the economy is destined to repeat its sickening March plunge. But many economists expect what Rubeela Farooqi of High-Frequency Economics calls a “stop-and-go recovery” that will advance or retreat depending upon public health…

“I don’t think any of us think we’ll get the economy back to 100 percent before there’s a medical answer,” said James Glassman, JPMorgan Chase’s head economist for commercial banking. “The longer it goes on, the more damage it does.” – Washington Post (emphasis added)

Medical experts and economists now agree, there is very little chance the economy can fully recover until the pandemic ends. That’s not likely until 2022.

We’re likely in the bottom of the 2nd inning of the ball game, yet stocks are acting as if we’ve already won the world series.

But just because the worst economic fundamentals since the 1930s means that stocks SHOULD fall soon, doesn’t mean they will.

Why The Craziest Bubble In History Might Get Even Bigger