In Part one of this series, I explained how Moody’s was predicting a lost decade for stocks, due to its new baseline economic forecast that 10-year US treasury yields would rise to 4.1% by the end of 2030. 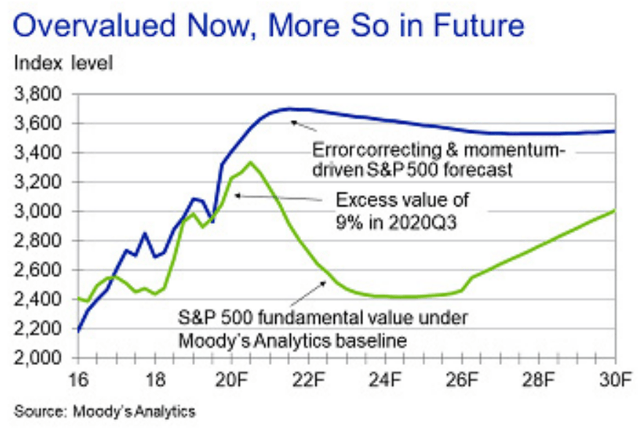 If Moody’s is right, then stocks could potentially enter a multi-year bear market, similar to the 2000 to 2002 tech crash, which saw stocks fall for three consecutive years. That’s despite one of the strongest economic and labor market recoveries in US history (4% unemployment by mid-2022).

What’s more sobering is the fact that Moody’s doesn’t believe that the S&P 500’s fundamentals will justify a higher level than 3,000…until the end of 2030. For context, as I write this the S&P 500 is at 3,355, indicating Moody’s baseline long-term forecast is expecting stocks to post a nearly 10% decline over the next decade. Including dividends, that means very modest gains of approximately 10%, or about 1% CAGR.

Not entirely a “lost decade” but pretty darn close, especially compared to the almost 14% CAGR that stocks have delivered over the past 10 years. Why is Moody’s apparently so bearish on stocks, when its own economists are saying that GDP could recover pre-pandemic levels by the end of 2021 and unemployment could be back to 4.0% by mid-2022?

The Terrifying Power Of The Equity Risk Premium

The equity risk premium is just the earnings yield of the S&P 500 minus the risk-free 10-year US treasury yield. It represents the extra returns investors are supposed to get for taking on the risk of owning stocks, the most volatile (but best performing) asset class in history. 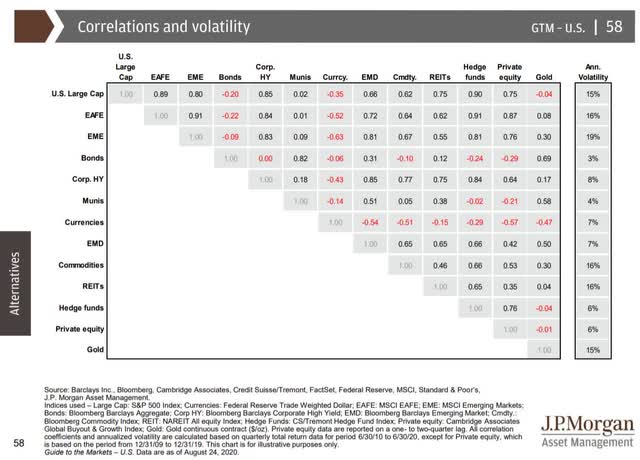 The only thing more volatile than US large caps, as represented by the S&P 500, are emerging market stocks, which have 19% average annual volatility, compared to 15% for the S&P 500.

In other words, in any given year, investors should be prepared for the stock market to fall by 15%. 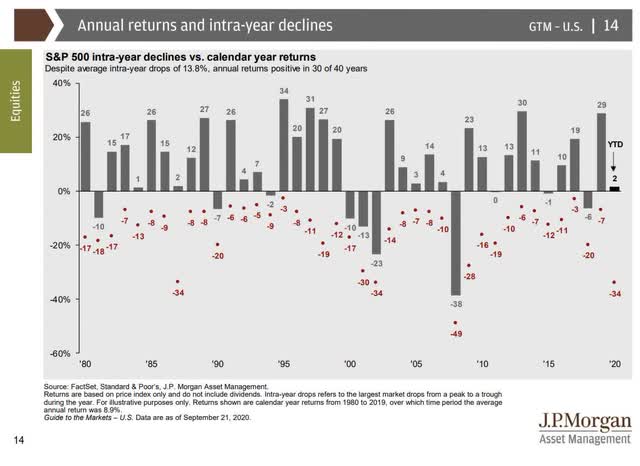 That happens to be the average intra-year peak decline in stocks since 1980. It’s also about equal to the average correction decline since 1945, which is 14%.

Over the past 20 years and just the last five, the equity risk premium has been relatively stable at 3.7% to 3.8%.

What does that mean for fair value stock multiples if Moody’s is right about long-term interest rates rising not to 2% over the next 10 years (its previous forecast) but 4.1%?

Over the past 10 years, including the era of Fed QE and debt-funded buybacks, the average PE for stocks was 17.0. 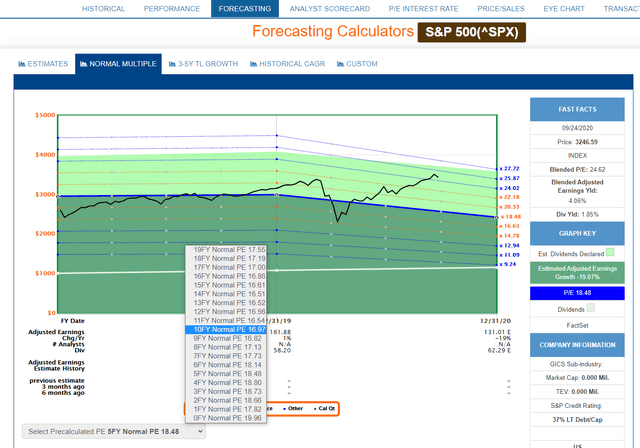 Over the last 10 to 20 years, when 90% to 91% of stock returns were a function of fundamentals, not sentiment or luck, the average PE for stocks was 16.5 to 17.5. That’s what the blue-chip economist consensus expects the S&P 500 to return to over the next decade. Moody’s? If they are correct, then the fair value for stocks COULD fall to 13, or nearly half of what it was at the market’s recent peak. How can you protect your portfolio from a potentially decade-long bear market?