It’s been a wild 2020 to say the least. This year has literally been the best of times, and the worst of times. 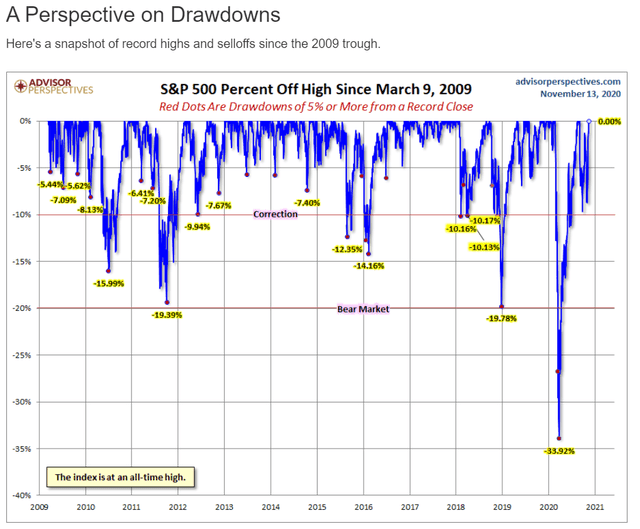 The year began with a strong rally right up until February 19th’s record high. Then we had the fastest bear market in history, with the S&P 500 plunging 34% in four weeks. Next, we had the strongest bear market rally in history, with the market returning to new record highs five months later. In late October, ahead of the November elections, and with viral cases soaring to record highs, stocks fell 6% in a week, the sharpest weekly decline in March. That was followed by the strongest election rally in US history, helped along by news of two promising vaccines that are expected to arrive by the end of the year. In this year of so many unprecedented firsts, and wild volatility, there is one bit of news that has the potential to once more send Wall Street skidding hard and fast. And unlike most short-term risk factors, this one has a definitive date that investors can circle on their calendars, January 6th, 2021.

Why January 6th Might Be The Day Another Correction Begins

No one can predict exactly what catalysts will or won’t trigger a sudden shift in investor sentiment from bearish to bullish or vice versa. The world is incredibly complex and hundreds of millions of investors with different goals, dreams, fears, and risk profiles are who drive stock prices up and down on any given day. However, the consensus among most analyst firms, including blue-chip economists consensus names such as JPMorgan, Moody’s, Goldman Sachs, UBS, and Bank of America is that right now Wall Street is bullish due to three main reasons. In fact, JPMorgan recently went wrote a note to clients saying that we’re experiencing stock market nirvana due to

What this all means for investors is that economists expect the strongest economic growth in 20 years in 2021, and no chance of major regulatory reforms or an increase in corporate tax rates.