I think we can all agree it’s been a wild year for the stock market. In March we saw the stock market plunge 34% in a month. This was followed by the strongest bear market rally in US history and we just saw the best November for stocks since 1987. 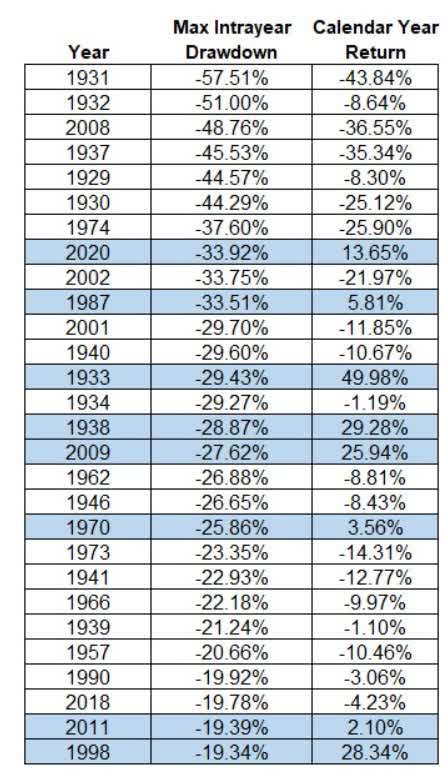 To give you an idea of just how historic 2020 has been, consider this. The last time the S&P 500 suffered a 30+% decline in a year and finished positive was 1987. With the new year now just a month away, here are the five things investors can expect in 2021, that will drive the stock market, and either cost you a fortune or make you one.

Fact 1: Effective Vaccines Are Coming Soon…But Don’t Get TOO Excited

There are currently 144 vaccines in development for COVID-19 with 57 in human trials. Of those Pfizer (PFE), and Moderna’s (MRNA) are the ones most likely to be approved first.

Johnson & Johnson (JNJ)’s single-shot vaccine is likely to file for emergency use authorization in January, and start rolling out in February. By the end of 2020, an estimated 40 million Americans could be vaccinated. 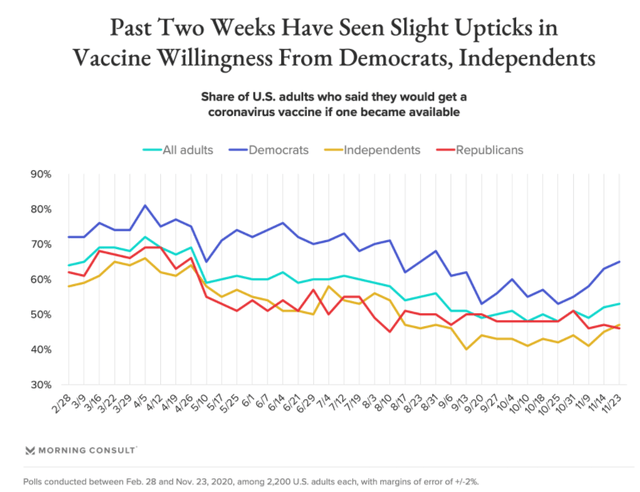 The bad news is that just 53% of Americans say they are willing to get vaccinated based on the most recent Morning Consult survey. That’s up a bit in recent weeks. The good news is that 53% uptake and 95% efficacy would mean

The most recent studies indicate that natural immunity lasts “six months to several years” and so the pandemic is likely to end in the US in late 2021. Mind you 60% to 70% herd immunity estimates from leading health experts does NOT mean “once you hit 70% the virus goes away”. Herd immunity just represents the point at which viral transmission starts to slow down.

But the good news is that an effective vaccine is what’s needed to beat this virus and allow us to safely reopen the economy, and kick off the best economic growth in decades.

Fact 2: The Best Economic Growth In 21 Years Means Some Sectors Are Going To Soar 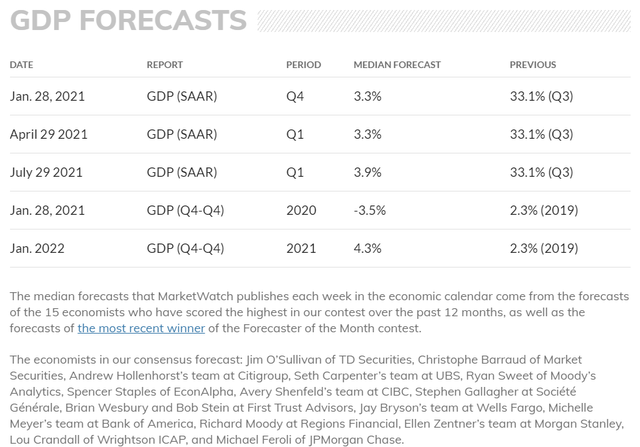 The fact that the US economy is expected to contract just 3.5% in a year when Q2 GDP fell by almost 32% CAGR is remarkable. Even more impressive is that the blue-chip economist consensus, the 16 most accurate economists out of 45 tracked by MarketWatch, expect US GDP to return to record levels by the end of next year. I monitor the weekly blue-chip GDP consensus each week and it has remained incredibly steady, despite all manner of scary and chaotic things occurring in recent months. Why is that? Because economists are confident that no matter who wins the most important elections of the 2020 campaign season, more fiscal stimulus is coming soon.