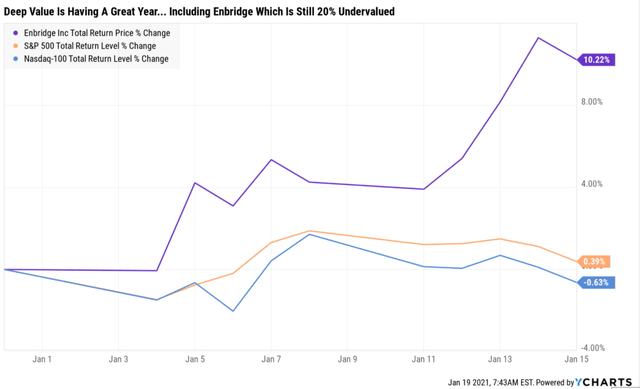 Of course, not all stocks are performing equally well or poorly.

Moody’s, one of the 16 most accurate economists in the World according to MarketWatch, has just put out its latest base-case economic forecast.

Moody’s points out that the US is now on track to potentially deliver a fiscal stimulus of almost 25% of GDP, the highest in the world. 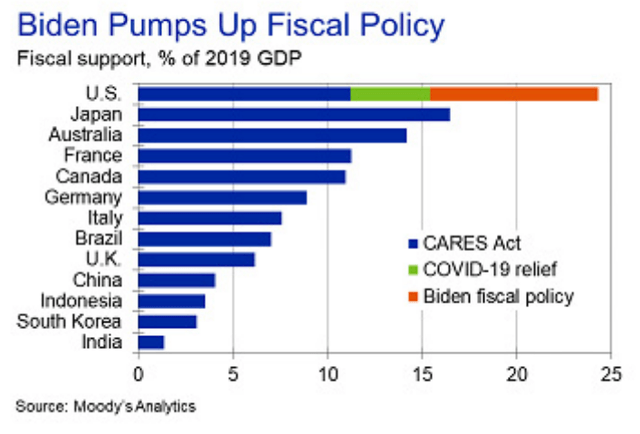 With this additional boost, real GDP should be robust at just over 5% this year and the same next, bringing the economy back to full employment by early 2023.” – Moody’s (Emphasis added)

Moody’s expects inflation-adjusted GDP growth of more than 10% in the next two years.

A total of $3.1 trillion in total fiscal stimulus is what Moody’s considers the most likely outcome.

The total amount of stimulus would be close to $7 trillion, $12 trillion if you include the Fed’s QE efforts.

Moody’s is so far the most optimistic blue-chip economist when it comes to stimulus but Goldman and Morgan Stanley both expect about 6% GDP growth in 2021 as well.

Why Some Stocks Will Soar And Others Will Likely Collapse