After peaking in the fall of 2007 with the onset of the Great Financial Crisis, the U.S. stock market didn’t hit new all-time highs again until the spring of 2013.

At this point, people became worried the easy money had been made. Too far, too fast they warned.

And in the face of a global pandemic, it sure seemed like it probably wouldn’t last. After 13 new highs before things started to shut down in March, it seemed like the party was over.

And it was, at least for a few months. But then there were 19 more new highs for the remainder of the year after stocks came roaring back, good enough for 32 new highs on the year. 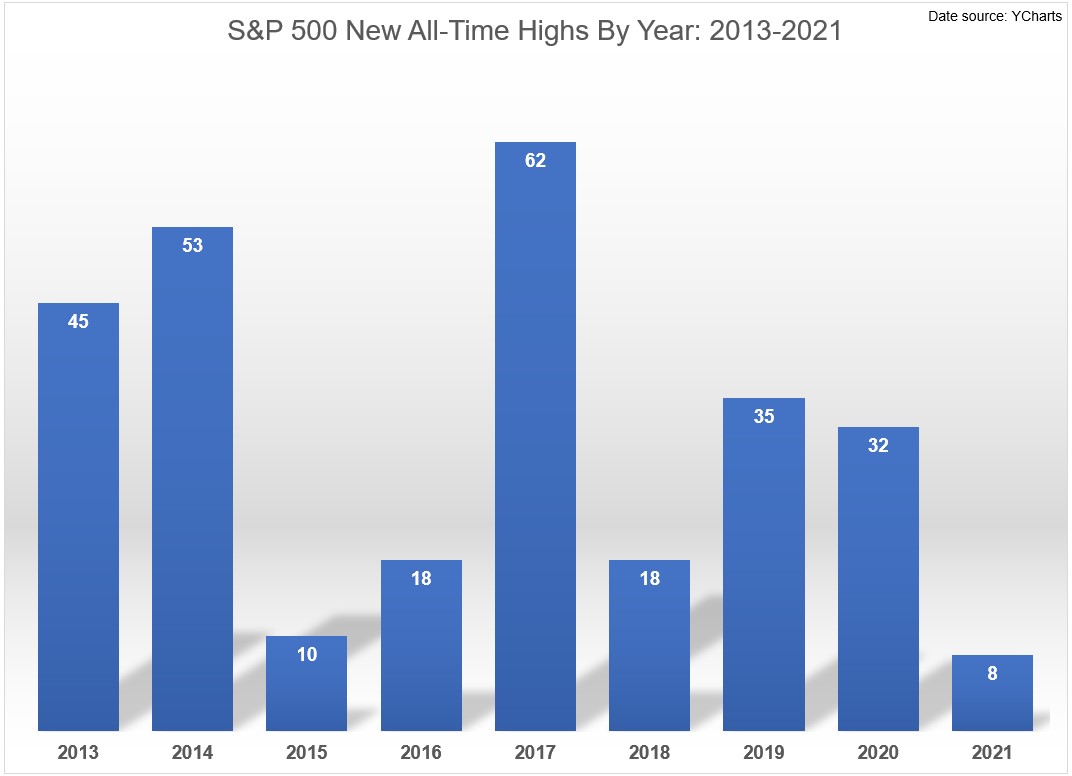 The entire way up there have been naysayers warning about stretched valuations, the Fed, government debt, interest rates, euphoria and bubbles.