When things are going well, it’s natural to worry about what could cause the good times to stop. In, fact when facing unsustainable rallies in the stock market, it’s not just smart, it’s sound risk management. 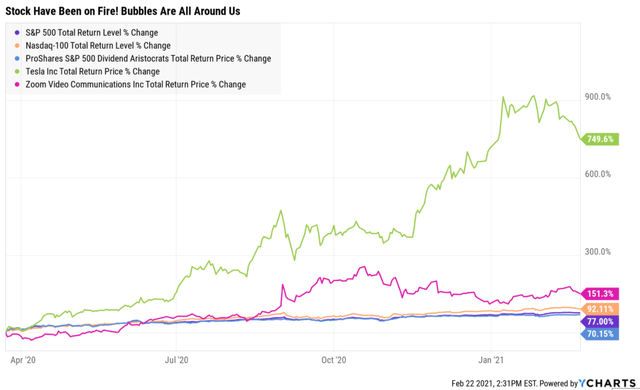 Not surprisingly many investors have correctly concluded that much of these gains are unsustainable and the result of speculative manias.

Record low-interest rates are one of the many reasons given for justifying today’s extremely high valuations. Well, guess what? Interest rates have almost tripled in the past six months. 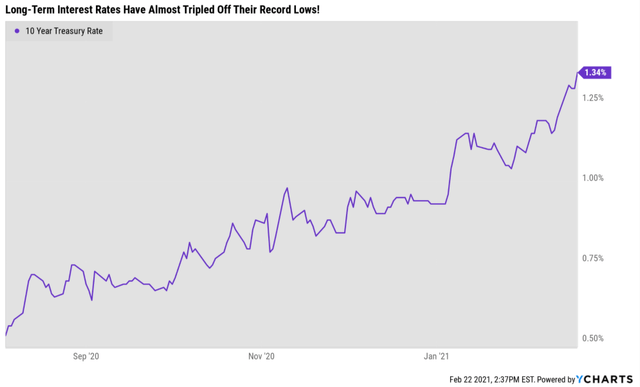 Some bubble stocks have already begun to feel the effects of rising rates, and some investors are worried that a market crash could happen if the economy gets too good. 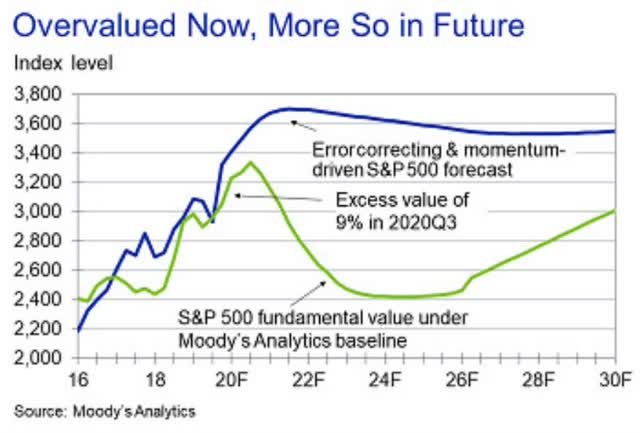 Moody’s even predicts that a booming economy could trigger a multi-year bear market that leaves the S&P 500 with negative returns for a decade.

These are some frightening predictions, so to help you make a more informed investment decision, here are four facts you kneed to know about rising interest rates and what effects are likely on your portfolio.

Fact 1: There Are Many Reasons Inflation Could Rise In The Short-Term

The $1.9 trillion Biden stimulus proposal has now passed the House budget committee and is expected to be approved by the end of February.

This would bring total US stimulus thus far to almost 25% of pre-pandemic GDP. That’s the largest of any country, and given the $30 trillion in stimulus so far, that’s saying something.

“If these trends in confirmed infections and vaccinations continue, the U.S. will achieve herd immunity—with three-fourths of the population having been vaccinated or infected and thus presumably with some immunity to the virus—around July 4.

This is our baseline expectation, although there is plenty of both upside and downside risk to the baseline; vaccinations are quickly trending higher, but new strains of the virus—more resistant to the vaccine—are becoming more prevalent.” – Mark Zandi (emphasis added)

Meanwhile, economists are increasingly confident that the pandemic will end in the US in the next few months.

Morgan Stanley, Bank of America, JPMorgan, Moody’s, and Goldman all expect herd immunity in the US by mid-year. 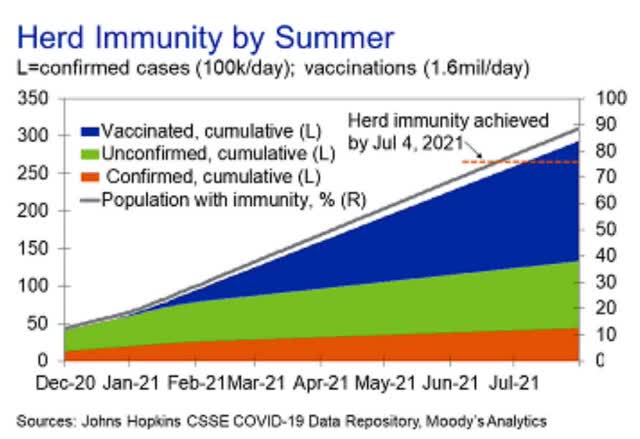 US savings has surpassed $11 trillion by some counts, and Moody’s estimates that there are more than $1.6 trillion in additional savings ready for spending once the economy reopens. 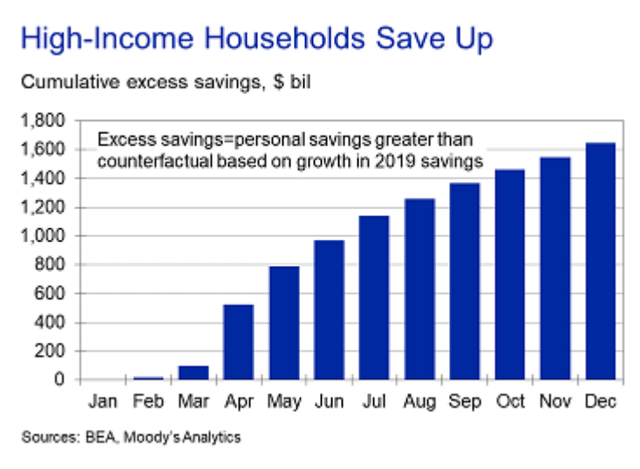 We can’t forget that America, and most of the world, will have spent almost 18 months cooped up, most at home, unable to do all the things we love.

Once the threat of the virus has passed, and millions of people, flush with cash, and with infrastructure setting the economy up for another four years of strong growth, we could see amazing growth.

The case for a much stronger, even booming economy, is so good that some have already begun to worry it will ignite undesirably high inflation. That concern is much too premature…

The economy is a long way from full employment, particularly for the hardest-pressed lower-income households. Besides, the Federal Reserve and other central banks have struggled for well more than a decade to get inflation out of the doldrums.

A more serious immediate threat is surging asset values, which have risen to the point that markets appear overvalued and at risk of turning speculative. Asset prices are thus vulnerable to sharp declines, which under certain circumstances could be a problem for the economy.” – Mark Zandi, Chief Economist for Moody’s

Moody’s, like most blue-chip economists, is not denying that more inflation is coming, in fact, that’s the entire point.

Real GDP growth this year would come in well over 6%, up from the near 5% growth we are projecting, and the economy would return to full employment by early 2022…

To be sure, inflation will accelerate, and if the economy sticks roughly to our script, inflation will rise meaningfully above the Fed’s 2% target. However, this is by design. It is precisely what the Fed is aiming for in its new monetary policy framework after more than a decade of unsuccessfully battling undesirably low inflation.” – Moody’s

Fact 2: Bubbles, Not Inflation Are The Biggest Risk Right Now