Home / Economic/Market Insights / Great Stock Ideas / How To Invest Better / Planning For Retirement / Reasons For Optimism / 4 Things You Need to Know About Rising Interest Rates and Your Portfolio: Part 2 4 Things You Need to Know About Rising Interest Rates and Your Portfolio: Part 2

In part one of this series, I explained how rising inflation concerns have sent interest rates rocking higher, and causing some former Wall Street darlings to start declining at an accelerating rate. 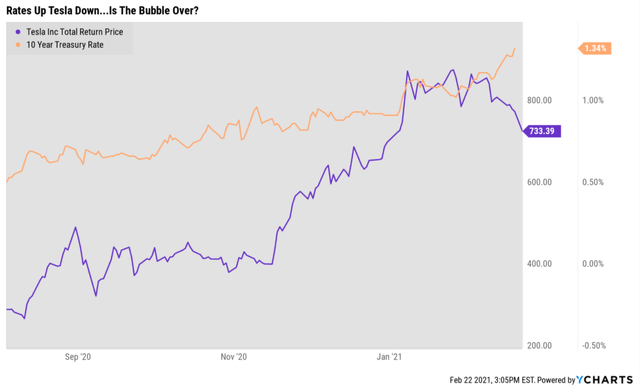 Tesla fell 4% last week and is down 5% today alone. Apple, and many other popular tech stocks, are suddenly deeply out of favor, as sentiment turns from greed to fear.

But guess what, it’s simply not true that investors need to fear rising rates. Only speculators do.

The reason it’s so dangerous to talk about stocks as “bond alternatives” is that bonds, other than producing income, are nothing like stocks.

In contrast, a roaring economy is seldom bad for stocks. 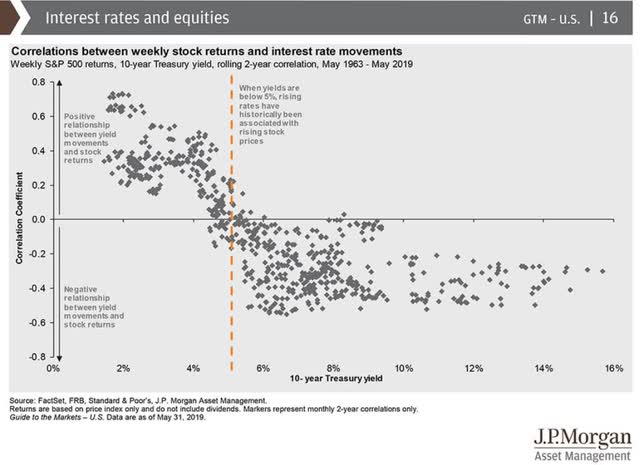 As long as 10-year yields are under 5%, historically rising interest rates are GOOD for stocks, not bad.

As long as interest rates don’t rise too quickly (Goldman estimates 37 bp per month) rising rates are good for stocks. 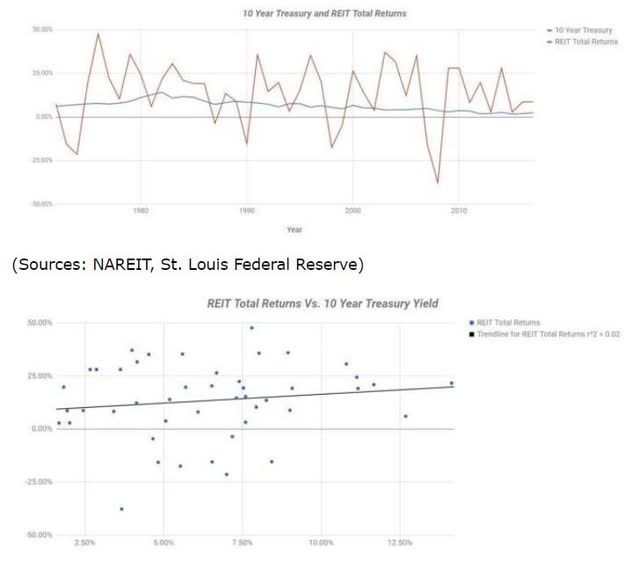 Similarly, REITs, the most “bond-like alternative” actually do slightly better with rising rates, though basically is no significant long-term correlation between REIT total returns and 10-year yields.

The names we’ve been accumulating are not likely to go off a cliff. 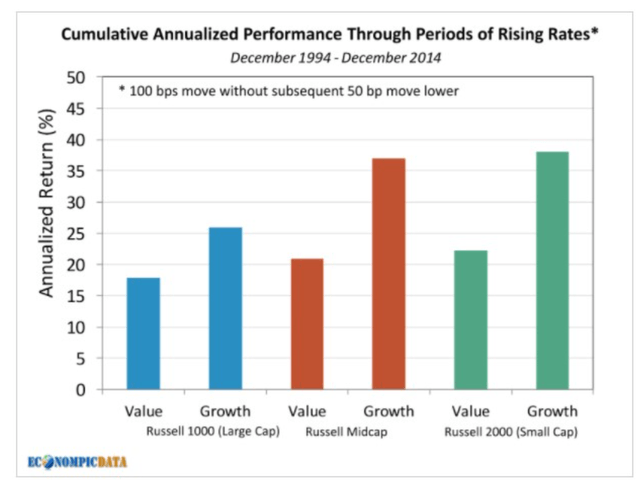 In fact, during the modern era of the last 25 years, rising interest rates are actually good for all stocks. Big, small, growth, value, it doesn’t matter. Positive fundamentals, such as a thriving economy generating stronger inflation are good for stocks.

Of course, if you pay absurd valuations for your companies, then even very fast-growth can result in catastrophic losses.

The more extreme low rates get, the larger the impact becomes, but especially for fast-growing companies. 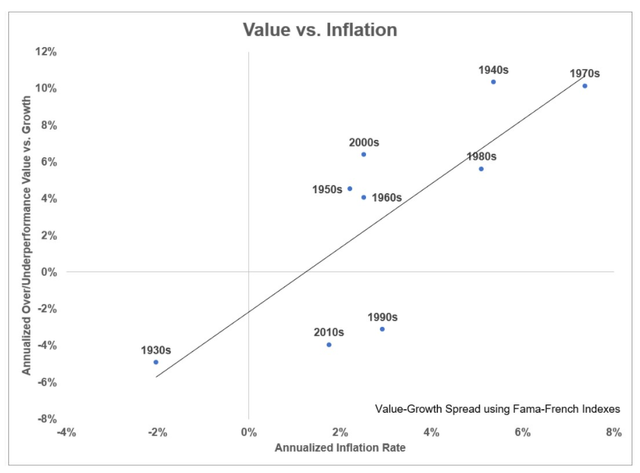 Historically value tends to do better than growth over time. But especially during periods of higher inflation.

However, all of these concepts are hiding the most important fact of all.