In Part 1 of this series, I explained the research behind the scary idea that the tech-laden Nasdaq could fall as much as 30% off its highs due to rapidly rising interest rates. 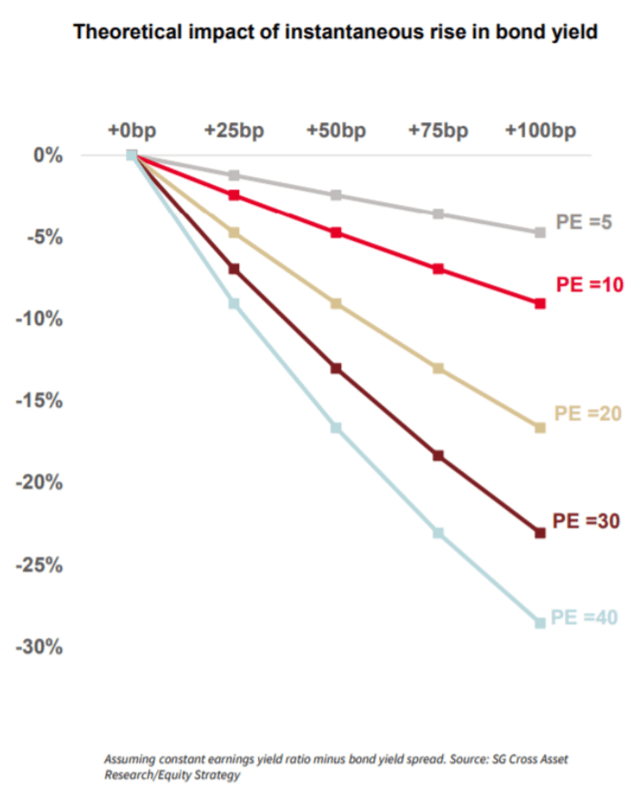 I also explained why, according to a study from Lipper Financial, the reality of inflation expectations means that such a severe 30% tech bear market is highly unlikely.

That’s not to say that unlikely things can’t happen. The 2020 pandemic was unlikely in any given year, and look at how dramatic last year was for stocks.

However, the fact is that the relationship between interest rates and stocks, including fast-growing tech names, is far more complex than many in the financial media might have you believe.

During the four rising-rate periods that saw the least yield curve steepening, as measured by the difference between 10-year and 3-month Treasury yields, S&P 500 Index returns were weaker than for a typical period, averaging an annualized 3.5%. In the four periods when the yield curve steepened the most, the S&P 500 averaged an annualized 14.5%.” – Lipper Financial (emphasis added)

According to LPL’s research, from the 1960s through 2020 when the yield curve was steepening the most stocks did almost 5X better than when it steepened the least. 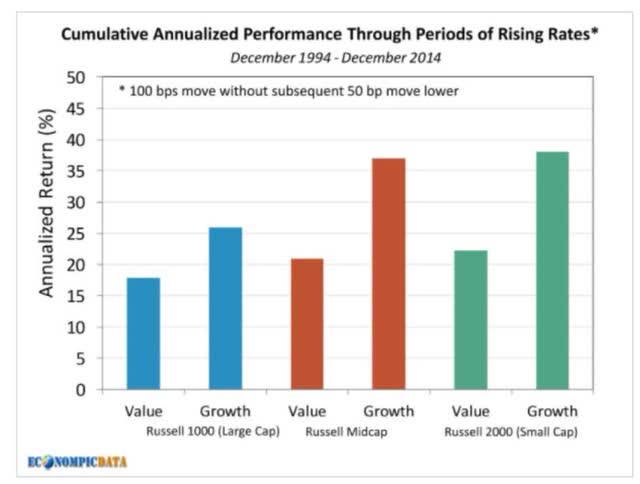 Data from Ritholtz Wealth Management also found that from 1004 through 2014, rising rates proved good for all stocks, even large-cap growth.

The Fed, via the Fed Funds Rate, has strong control over short-term rates. But long-term rates? Those are primarily a function of economic forecasts and inflation expectations.

Today the Fed has repeatedly said that it will never again raise rates simply because unemployment is low.

The bond market has become somewhat skeptical of the Fed’s repeated claims that it isn’t worried about an overheating economy. But guess what? That skepticism is what’s creating incredible long-term investment opportunities right now. 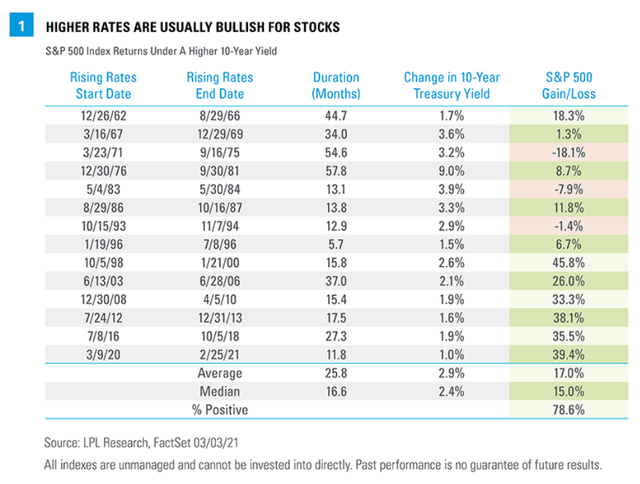 That’s because rising rates are, without statistically GOOD for stocks, because it means a strong economy and strong earnings growth.

We also can’t forget, that rates are up big, but off the lowest levels in history.

“Rates have been rising but they are still historically low, with the 10-year Treasury yield at the end of February falling into the bottom 2% of all values dating back to 1962.

While it’s true that rates become a bigger burden for businesses, consumers, and governments as they rise, even at current and higher levels rates are still attractive and can continue to support a robust economic rebound.

Looking back again at the different rising rate periods, during the four periods with the highest initial 10-year Treasury yield, the S&P 500 averaged a 2.5% annualized return, while those with the four lowest initial yields averaged 15.4%.

A lower initial yield likely reflects manageable inflation and a Fed that isn’t tightening, but it also represents the added economic support of a still low cost of borrowing even as rates rise.” – Lipper Financial, emphasis added

Lipper finds that if rates are TOO high, then stock returns can indeed suffer. JPMorgan’s research also concludes that 10-year yields above 5%, if combined with rising interest rates, usually mean falling markets.

But note that Lipper’s study looked at rates as high as 16% back in 1981. If you honestly expect 10-year yields to soar from 1.6% to 5.6% in a matter of months, then yes you might want to worry about short-term corrections.

But ask yourself, why would interest rates rise that quickly when

In other words, the catalysts for triggering a 30% Nasdaq bear market, are not actually threatening us right now.

But what if tech stocks just roll over, because enough people believe they will. Or to put it another way, what if millions become convinced a tech bear market is inevitable, creating the exact plunge in growth stocks they feared?