Home / Economic/Market Insights / Great Stock Ideas / How To Invest Better / Planning For Retirement / Reasons For Optimism / The Dividend Sensei Investment Method / The 6 Secrets To Getting Rich On Wall Street: Part 6 In part one of this series, I explained the single most important secret to getting and staying rich on Wall Street.

In part two I showed why the safety of individual companies is the next step in achieving a rich retirement.

In part three, we saw why quality at a reasonable or attractive valuation is the easiest road to riches you can travel.

In part four we looked at the importance of safe and high-quality yield, including some of the best sources of generous income you can buy today.

In part five, we learned the importance of growth, in helping you achieve your long-term financial goals.

Now finally, we come to one of the most powerful but often overlooked secrets to getting rich on Wall Street.

Valuation Matters And It Matters A Lot 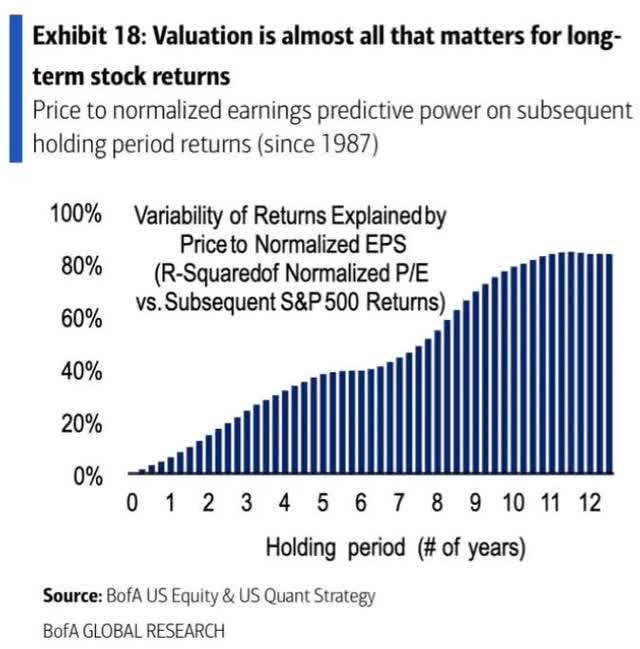 According to a study by Bank of America’s quants, since 1987 80% of blue-chip returns have been explained purely by valuation mean reversion.

I think it’s essential to remember that just about everything is cyclical. There’s little I’m certain of, but these things are true: Cycles always prevail eventually. Nothing goes in one direction forever.”

And purely with a focus on safety and quality first, and attractive valuation and strong risk management always.

Valuation risk is the easiest kind of risk to avoid. 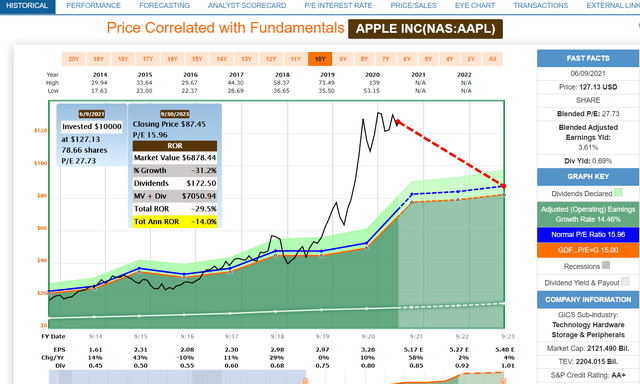 Apple (AAPL) is 68% overvalued, meaning that in the short-term the consensus return potential is horrible.

However, Apple is so overvalued, that its pricing in the next six years of growth. 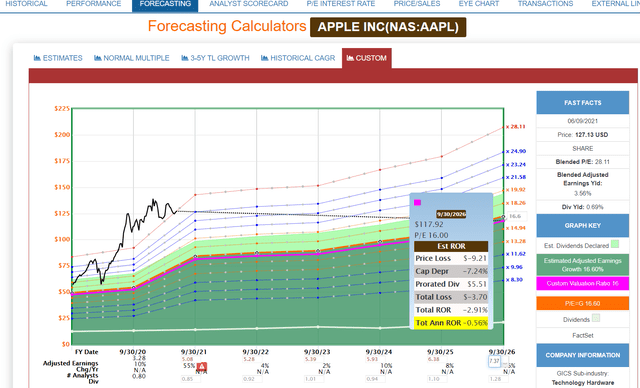 The fundamental risk of losing 100% of your investment in Apple is very low, about 0.29% according to S&P.

But just because Apple isn’t likely to go out of business doesn’t mean that anyone buying at these nose-bleed valuations won’t deeply regret their decision. Not just for a few years, but likely for decades. 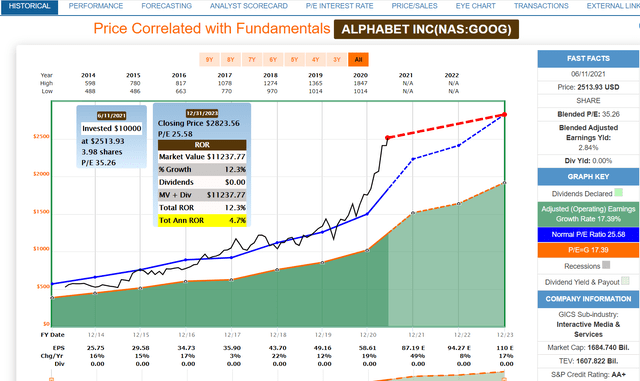 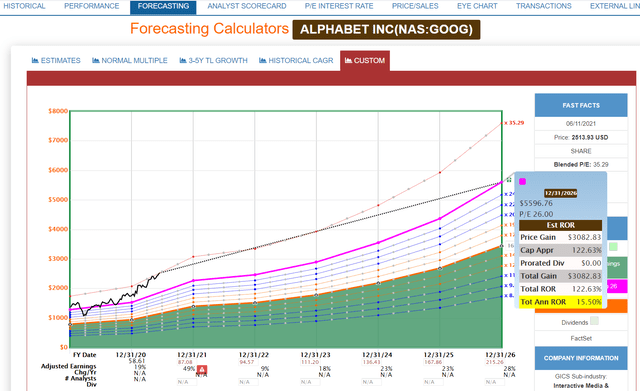 If GOOG grows as analysts expect, and returns to its historical fair value of about 26X earnings, within the next five years you could double your money.

However, take a look at what happens if you buy GOOG at fair value and a modest 10% margin of safety. 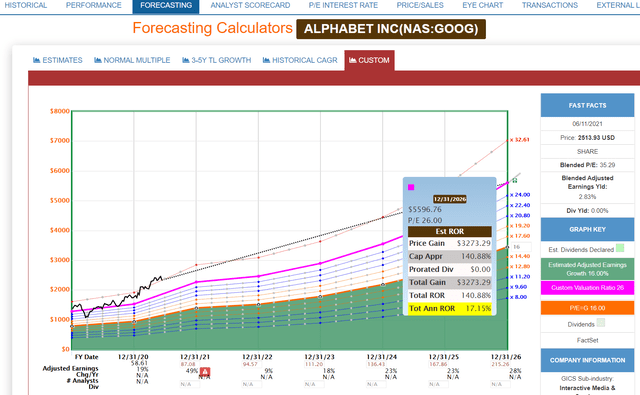 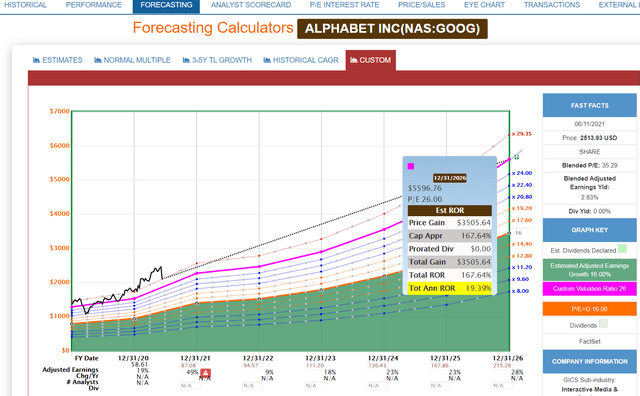 A 10% margin of safety is sufficient to compensate you fully for GOOG’s risk profile.

I can’t tell you when GOOG will again trade at a 10% discount, or what the price will be when it does. But I can tell you that all blue chips cycle between overvalued and undervalued, allowing patient and disciplined investors to get rich.

Facebook (FB) is 15% undervalued, and a potentially good buy today. 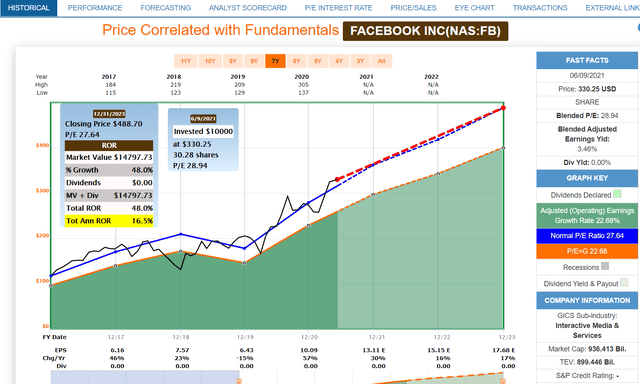 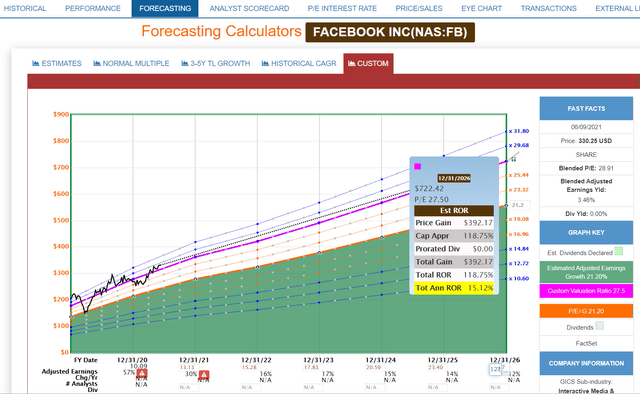 The consensus return potential is actually about the same as GOOG’s, but the valuation risk is lower.

In other words, FB compensates you for its complex risk profile and GOOG doesn’t.

Ok, so that’s an example of how you can practice disciplined investing with popular hyper-growth blue chips.

But here’s the power of deep value investing. 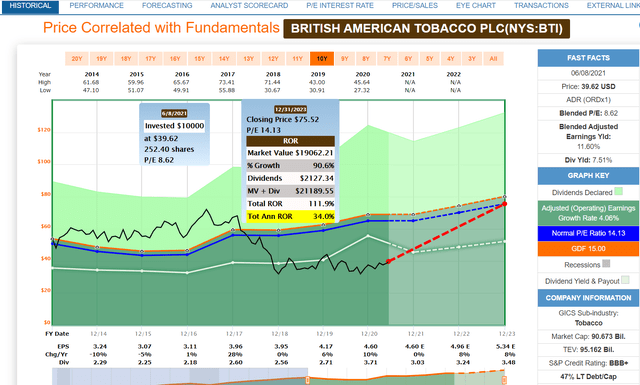 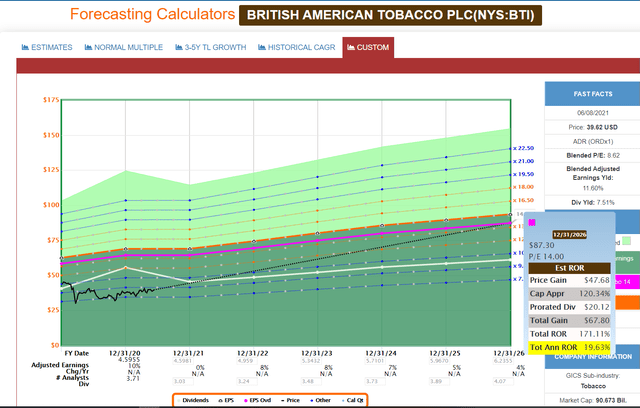 Or what if you want to stick with hyper-growth and have a hankering for a Buffett-style fat pitch deal? 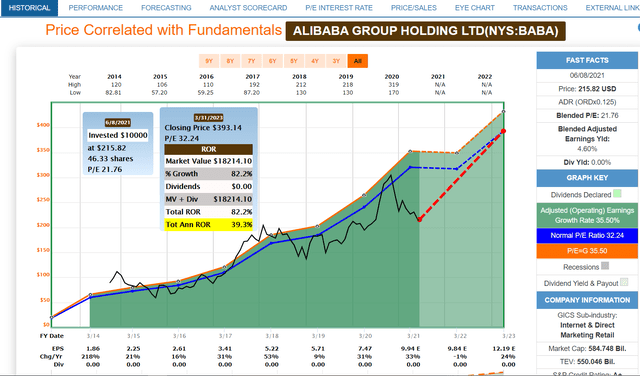 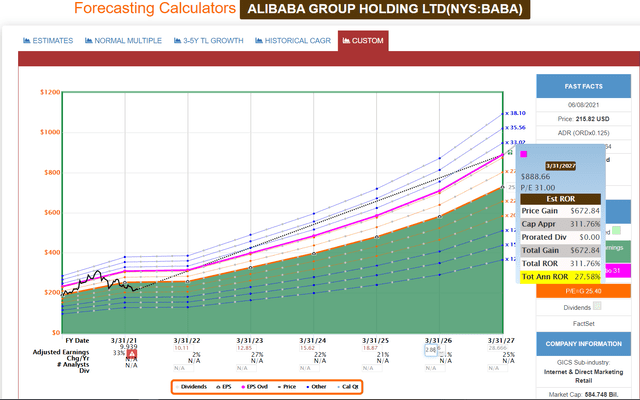 Alibaba (BABA) is 43% undervalued, and the best hyper-growth blue-chip deal on Wall Street.

Analysts expect 25% growth and incredible value to deliver over 300% total returns over the next five years.

These aren’t even the most undervalued companies on Wall Street. There are some companies worth buying that trade at over 60% discounts to fair value.

In fact, they are priced for -8% CAGR long-term growth, while analysts and management expect 2% to 4% CAGR.

Such slow-growing anti-bubble stocks can also deliver about 300% total returns in the next five years.

And keep in mind that all of these investment opportunities are available when the market is 33% overvalued.

During the recessionary lows of March 2020, blue chips were available at 69% discounts, and some above-average quality companies were 85% undervalued.

The point is that its always a market of stocks, not a stock market. No matter what kind of investor you are, something great is always on sale, if you know where to look.