Home / Uncategorized / What Investors Need to Know About Inflation: Part 2 In part 1 of this series, we examined what’s causing inflation and realistically how bad it might get.

Now let’s see why so many investors are so worried about the risk of rising inflation and how to protect your retirement nest egg from the threat of soaring prices. 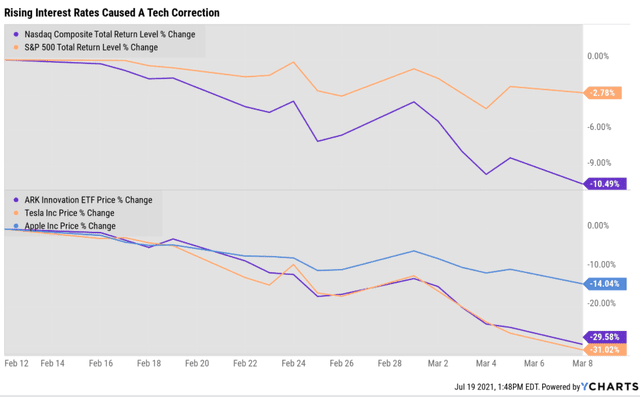 In mid-February rapidly rising 10-year yields helped cause a tech correction. While the broader market barely felt it, the tech-heavy Nasdaq fell by 10%, and many popular hyper-growth names like Apple (AAPL), Tesla (TSLA), and ARK Innovation ETF (ARKK), fell 14% to 30%.

The theory behind many growth stocks investment thesis was that low rates forever would justify permanently higher multiples. How high? In the case of Apple 35X earnings and in the case of ARKK, 116X earnings. 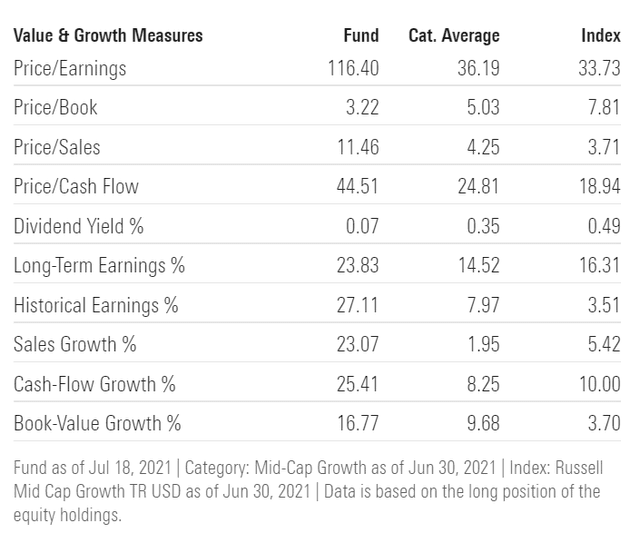 If interest rates rise significantly then the discount rate on future cash flow rises as well, resulting in much lower multiples, and thus tech corrections, and sometimes bear markets.

With the S&P 500 25% tech, and the Nasdaq 50% tech, naturally, tech-heavy growth investors are worried about rising interest rates driven by higher inflation expectations.

How To Protect Your Nest Egg From High Inflation

Here’s the good news about future interest rates, they are very unlikely to soar to levels that could trigger the kind of catastrophic 50% to 70% market crash that some permabears have been predicting for the last 10 years. 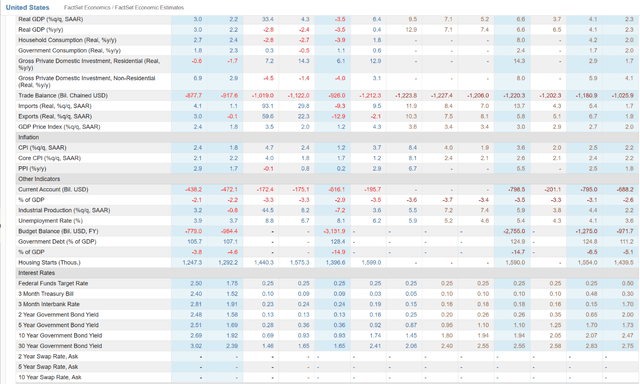 That’s a doubling of interest rates but over a period of 2.5 years.

According to Goldman Sachs, as…