Inflation is something that older investors fear a great deal, and it’s not hard to see why. 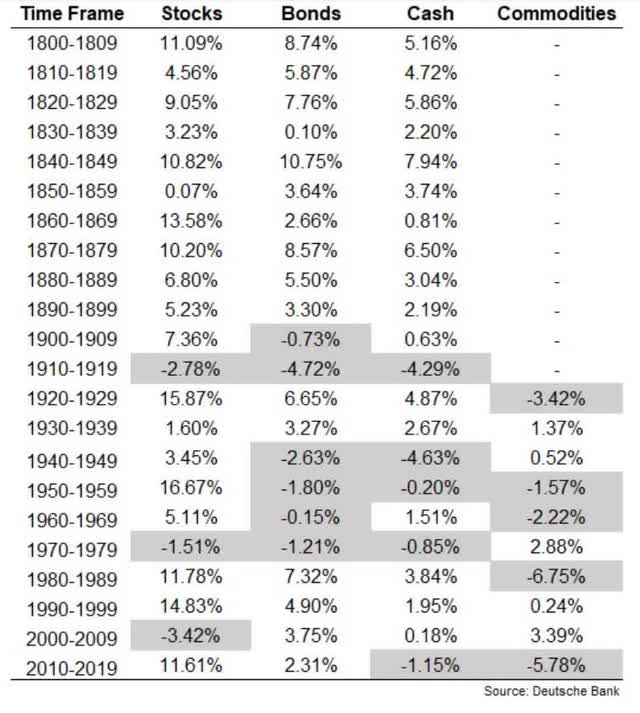 Adjusting for inflation, the 1970’s where inflation peaked at 15%, stocks delivered negative returns in the stagflationary 1970s, and bonds were also negative.

In other words, a classic stock/bond/cash portfolio would have lost value, creating one of the three lost decades for stocks since 1800.

Today I wanted to highlight both the good and bad news about inflation that all investors need to know.

Bad News: Higher Inflation Could Get Worse For A Few More Months 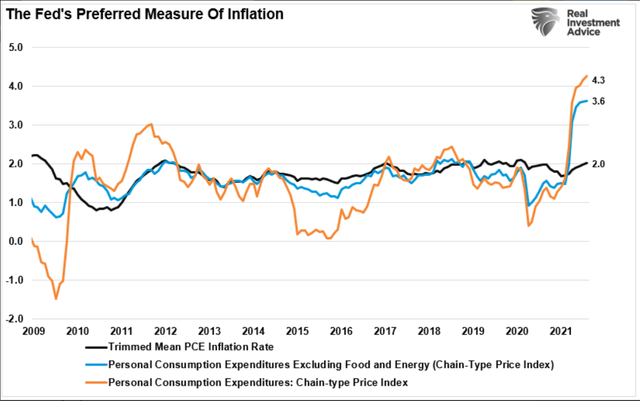 Core inflation, as measured by the PCE index, what the Fed uses to make monetary policy, has jumped to the highest level in 30 years and nearly double the Fed’s 2% long-term target. 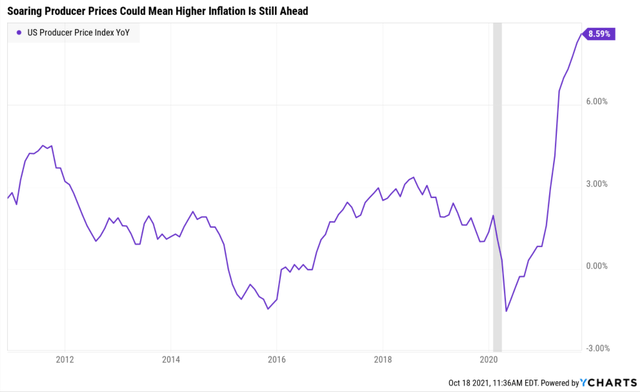 Thanks to supply chain disruptions that Walmart says could last into 2023, producer prices might take several more months to peak.

This means that core inflation could keep rising through the end of 2021 or even into 2022.

The supply chain disruptions that have plagued the world this year and last, are still being driven by the pandemic.

China’s zero-tolerance policy on COVID caused it to lock down several cities in recent months, including one of the biggest ports on earth. 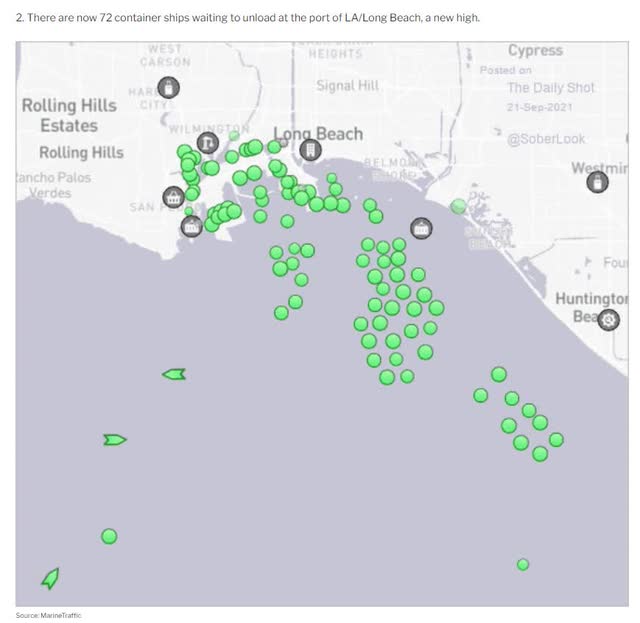 This resulted in a record 72 container ships having to wait to unload at the Ports of LA and Long Beach, where 1/3 of America’s imports enter the country.

China now appears to have Delta under control but an energy crisis caused by insufficient coal and natural gas has forced it to ration power with many factories being forced to work on reduced hours.

This energy crisis could persist through February, which is traditionally the coldest month in the Northern Hemisphere.

Europe is also experiencing an energy crisis, also due to insufficient natural gas and coal. In fact, gas prices have spiked by as much as 1000% in Europe and in the UK a shortage of 100,000 tanker truck drivers has resulted in gas lines and panic buying of fuel.

One final bit of concern is that the unions at the Port of LA and Long Beach have contracts expiring in mid-2022. If they choose to strike then the global supply chain mess might take even longer to sort out.

But rest assured that these supply shocks are indeed temporary, it’s just a question of how long they will last.

Bad News: Higher Inflation Could Persist Through For Years