The technical definition of a bear market is down 20% but we’re close enough for me to call it.

It’s a bloodbath out there. 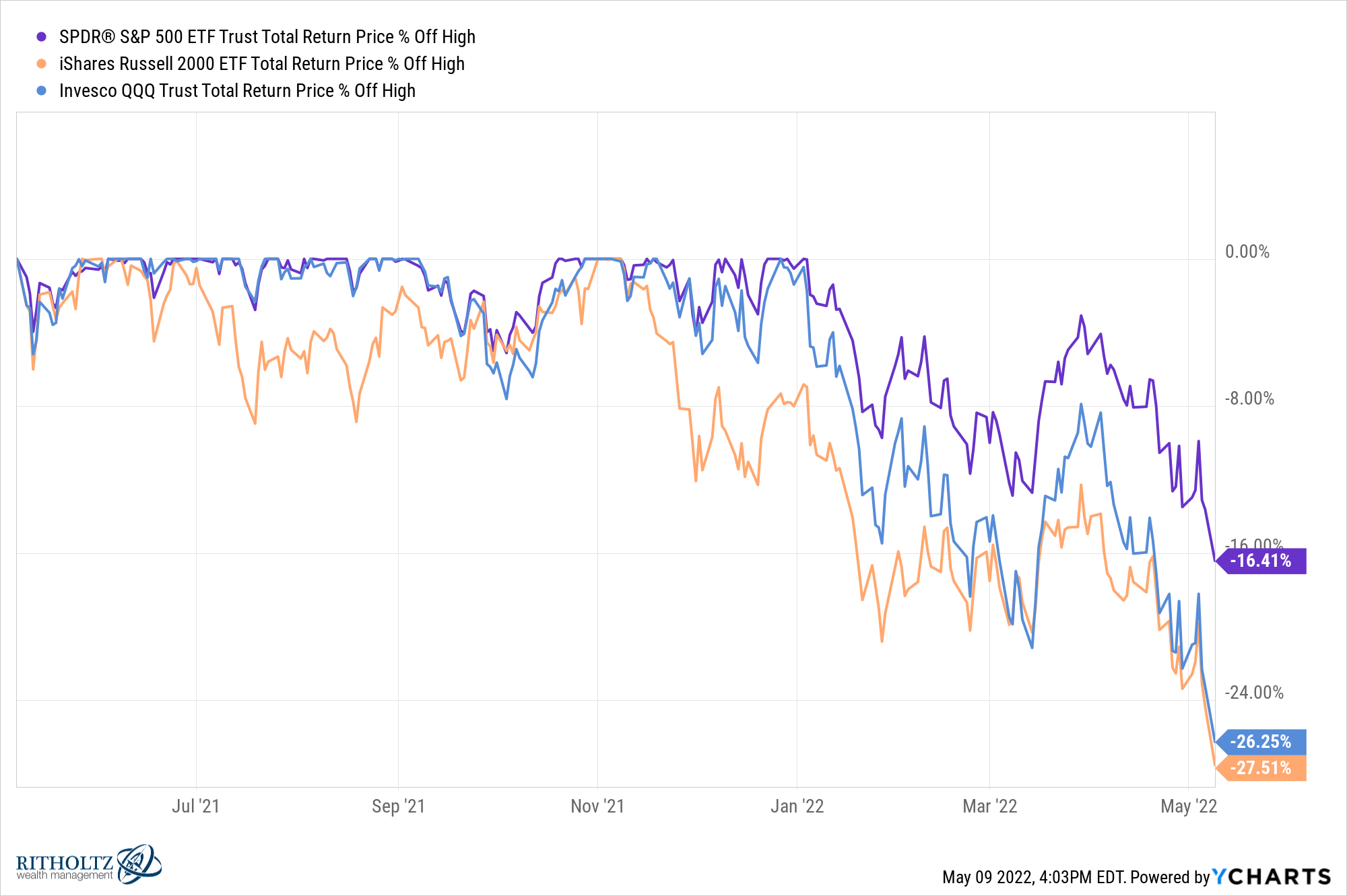 It’s been a couple of years since we’ve experienced a bear market so it’s probably a good time for a refresher:

The length of the current iteration probably depends on how long inflation stays elevated, how resolute the Fed is with tighter monetary policy and if these two factors combine to throw us into a recession.

Things could surely get worse before they get better or this could all end with one sentence from Jerome Powell if he decides to tap out. The bottom will look obvious in hindsight but, as always, predicting these things in real-time is not easy.

Historical comparisons cannot provide the blueprint for the present situation but they can help put things into perspective in terms of the length and duration of past bear markets.

Here’s a look at every bear market for the S&P 500 going back to 1950 that shows the drawdown, peak-to-trough number of days they lasted, and how long it took for the S&P to reclaim  previous levels: 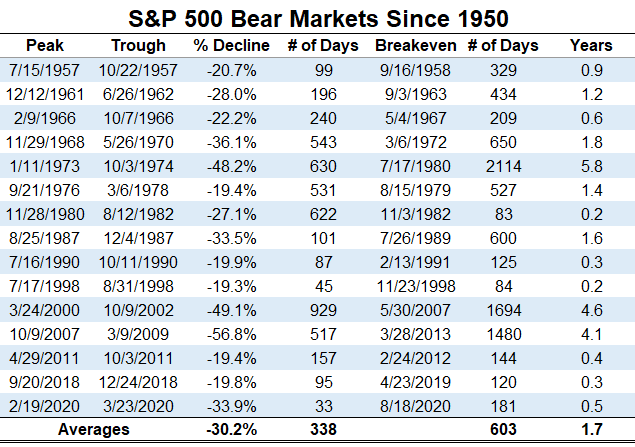 Over 15 bear markets, the average downturn is a loss of 30%, lasting just under a year to reach the bottom and taking a little more than one-and-a-half years to break even.1